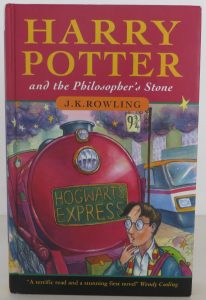 Happy 20th anniversary of the publication of Harry Potter and the Philosopher’s Stone!

For several years, Rare Books and Special Collections at UBC Library has been trying to acquire one of these rare first U.K. editions to complete our collection of U.K., U.S., and Canadian Harry Potter first editions (it’s the only one we’re missing!) for our historical and canonical children’s literature collection. On July 20, UBC Library has an opportunity to acquire one of these very sought after copies at auction in London.

We’ve started a crowd-funding campaign to try to garner community support for the purchase so that this special book can be properly cared for and made publically accessible to Vancouverites for generations to come. 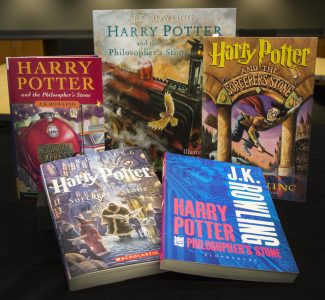 And if you’re in the Vancouver area and want to see unique and remarkable Harry Potter books, as well as “magical” antiquarian books, from Rare Books and Special Collections, we’ll have a display at the Orpheum Theatre on July 13, 14, and 15 in honour of the Vancouver Symphony Orchestra’s screening and performance of Harry Potter and the Prisoner of Azkaban. In this display, we’re also delighted and proud to honour the role of Allan MacDougall, founder of Raincoast Books, for his significant role in bringing Harry Potter, and author J. K. Rowling, to Canada. Hope to see you there!