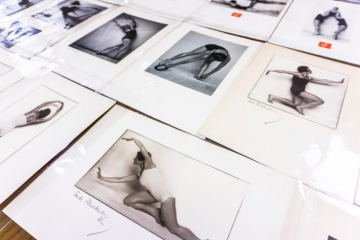 Many thanks to guest blogger James Goldie for contributing the below post! James has just completed his course work as a graduate student at UBC’s School of Information and has been working as a student archivist with Rare Books and Special Collections.

At the time of her death, Hanne Wassermann Walker (1893-1986) was known by just a handful of people in Vancouver, most of whom were women who either took her private exercise classes or whose mothers did. She had no local heirs, requested no funeral service, and had it not been for a quick-thinking individual hired to dispose of her belongings, one of RBSC’s most interesting and powerful acquisitions might have been lost to history.

Found in Hanne’s personal archives is more than the life of one amazing woman — it reveals her connections to several.

Daughter of a Jewish city planner in Vienna, Hanne had an average upper-middle class childhood in Austria at the turn of the century. After high school, she studied at the Graphic Teaching and Research Institute’s School of Photography and Reproduction. Although Hanne would remain an avid amateur photographer her entire life, she discovered her real passion was health and fitness. 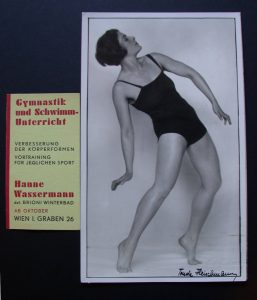 A card advertising gymnastic and swimming lessons, accompanied by a photo of Hanne signed by Trude Fleischmann. Credit: Bjarne Tokerud

Hanne became a pioneer in the field of women’s physical fitness, developing a range of workouts, stretches, and exercise methods, many of which she chronicled in magazine articles published across Europe. Her fonds contains hundreds of photographs depicting “The Hanne Wassermann Method” — a kind of free movement form of exercise — including more than 200 originals taken by her good friend Trude Fleischmann.

“Photographer of the Famous”

It is likely Hanne met Trude while studying photography (both women graduated from the same institute around the same time). In 1920, at just 25 years old, Trude founded her own studio and quickly became renowned for her portraits of Austria’s artistic and cultural elites.

Trude was as fiercely independent as she was talented. She never married, instead having relationships with women, one of whom helped her to emigrate to the United States after the Auschluss in 1938. In New York, she continued her career as a portrait photographer, although with considerably less fanfare. Her New York Times obituary in 1990 referred to her as the “Photographer of the Famous,” noting that some of her subjects included Eleanor Roosevelt, Albert Einstein, and Sinclair Lewis.

However, long before taking any of those pictures, Trude was photographing Hanne. Many of the photos in RBSC’s collection feature Hanne modelling her own system of stretches and athletic poses.

These photos were among those that circulated with Hanne’s published writing, and may have played a role in her own fame as one of Austria’s leading experts in women’s health and wellness. Just as Trude opened a photography studio, Hanne opened her own gymnasium and school in Vienna where she taught her Method. She also spent summers in the Brijuni Islands, which is where she met many of her most famous students. 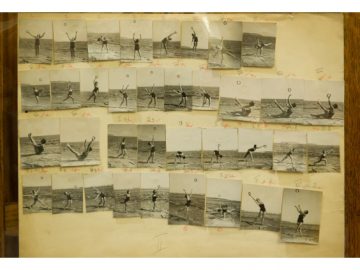 Located in the northern Adriatic Sea, the Brijuni Islands were purchased by a Viennese industrialist in the late 19th century and transformed into the Austrian Riviera’s premier vacation spot. Brioni (as it was known after becoming part of Italy in 1918) was “an elegant health resort, a world-renowned elite seaside destination for the rich and famous of the Empire, an exclusive meeting place for the European aristocracy, artists and financial magnates.”

In Brioni, Hanne taught fitness classes, swimming lessons, and also gave lectures. Her collection includes many photos she took, capturing life in this sunny paradise. Here she developed a roster of highly influential clients including Hedy Lamarr, Princess Helen of Greece and Denmark, members of the Rothschild family, and more. Hanne’s appointment book provides a window into the many people who availed themselves of her services during this period.

Among them was Marie Louise Wanamaker Munn.

Marie Louise was the granddaughter of John Wanamaker, a Philadelphia businessman whose chain of department stores made the family exceedingly wealthy. A staple subject of the New York society pages, Marie Louise’s lavish 1915 wedding made headlines — as did her 1933 divorce, citing cruelty on the part of her husband. Marie Louise was anything but cruel, as evidenced by her friendship with Hanne.

It seems likely, based on records in Hanne’s fonds, that the two met in Brioni and there developed a connection. Following Nazi Germany’s annexation of Austria, Hanne, like so many others of Jewish ancestry, needed to escape continental Europe. It was Marie Louise who helped her come to the United States as a refugee. Hanne was joined shortly thereafter by her mother and her partner, George Dickson Walker.

Her aid did not stop there. Upon their arrival in the U.S., Hanne and George travelled westward by car, stopping at hotels and resorts along the way where Hanne held lectures and classes. She even developed a method to more safely carry injured bodies in the event that World War II bombings reached North American soil. However, while they were in Nevada, George was arrested in a case of mistaken identity. Hanne, in a foreign land with few social ties, immediately telegraphed Marie Louise for help. (George was released shortly thereafter.)

A new life in British Columbia

They were not long in the U.S. before George accepted a job as a pastor in B.C. The pair married, and soon he and Hanne had settled in West Vancouver, where they would live for the rest of their lives. Hanne continued to teach fitness classes and also worked as an unlicensed physiotherapist. The couple had no children together, although they did own several dogs over the years — affectionately documented in the many photos taken by Hanne. 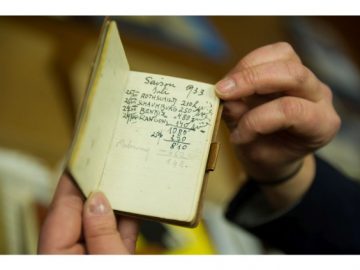 A peek inside Hanne’s appointment book reveals some of her many high-profile clients. Credit: Vancouver Sun

Just as she had in Europe, Hanne developed connections with a number of the city’s social and cultural heavyweights, including philanthropist and Order of Canada recipient Iby Koerner (of whom there are several portraits taken by Hanne in this collection). It’s not clear whether the Koerners or her other friends and clients in Vancouver knew about her past life as a trailblazer of women’s fitness.

“I only knew her as a physiotherapist,” said Dr. Nelly Auersperg, who knew Hanne during her life. “Why she didn’t say anything, I have no idea. She didn’t talk much about her past. Maybe it hurt.”

While the Rare Books and Special Collections reading room is currently closed, we hope you’ll come and explore the Hanne Wassermann Walker fonds when we have re-opened. Please check the UBC Library homepage and the Rare Books and Special Collections homepage for future updates about reading room operations. In the meantime, you can explore the finding aid for a complete description of materials in the Hanne Wassermann Walker fonds.